Bette Robinson is a twentysomething Emory graduate who shunned her parents’ hippie ideals in favor of a high-paying yet excruciatingly boring job at a prestigious investment bank. One day, after a particularly condescending exchange with her boss (who sends her daily inspirational e-mails), Bette walks out on her job in a huff. After a few weeks of sleeping late, watching Dr. Phil and entertaining her dog Millington, Bette’s uncle scores her a job at an up-and-coming public relations firm, where her entire job seems to revolve around staying out late partying and providing fodder for clandestine gossip columns. What follows is one episode after another of Bette climbing up the social ladder at the expense of her friends, family, and the one guy who actually seems worth pursuing.

Weisberger is clever enough to turn seemingly outrageous circumstances into amusing anecdotes, like the tale of a woman who was close to suicide until she found out she was only 18 months away from scoring a highly coveted Birkin bag (« You simply cannot kill yourself when you’re that close … it’s just not an option. »). This wit, combined a hint of voyeurism that most of us can’t deny, is what makes Everyone Worth Knowing a guilty pleasure that’s well worth the indulgence 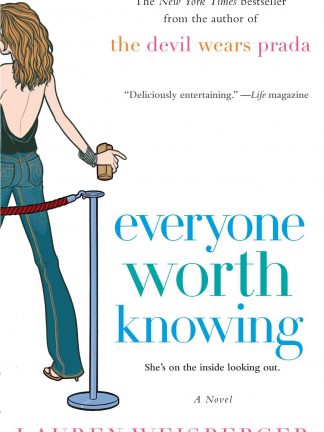