Down by the river

SOMETIMES THE DEAD WON’T GO AWAY. Lionel Bruno Jordan was murdered on January 20, 1995, in an El Paso parking lot, but he keeps coming back as the skeleton key to a multibillion-dollar drug industry, two corrupt governments — one called the United States and the other Mexico — and a self-styled War on Drugs that is a fraud. Phil Jordan runs DEA intelligence, but when his brother Bruno is killed, he is powerless. Amado Carrillo Fuentes runs the most successful drug business in the history of the world, but when his usefulness to governments ceases, he mysteriously dies in a hospital. Carlos Salinas runs Mexico, but as soon as he leaves office, his brother is jailed for murder and Salinas flees into exile. Sal Martínez, DEA agent and Bruno’s cousin, does the secret work of the U.S. government in Mexico, but when he seeks revenge for his cousin’s murder, he is sentenced to a term in federal prison. Beneath all the policy statements and bluster of politicians is a real world of lies, pain, and money. Down by the River is the tale of how a murder led one American family into this world and how it all but destroyed them. Of how one Mexican drug leader outfought and outthought the U.S. government. Of how major financial institutions fattened on the drug industry. And how the governments of the United States and Mexico buried everything that happened. All this comes together down by the river, a place where the fictions finally end and the facts read like fiction. This is an unforgettable American story about drugs, money, murder, and family. 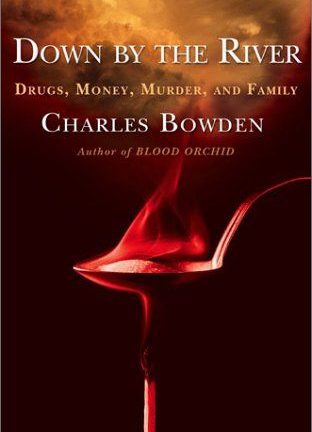